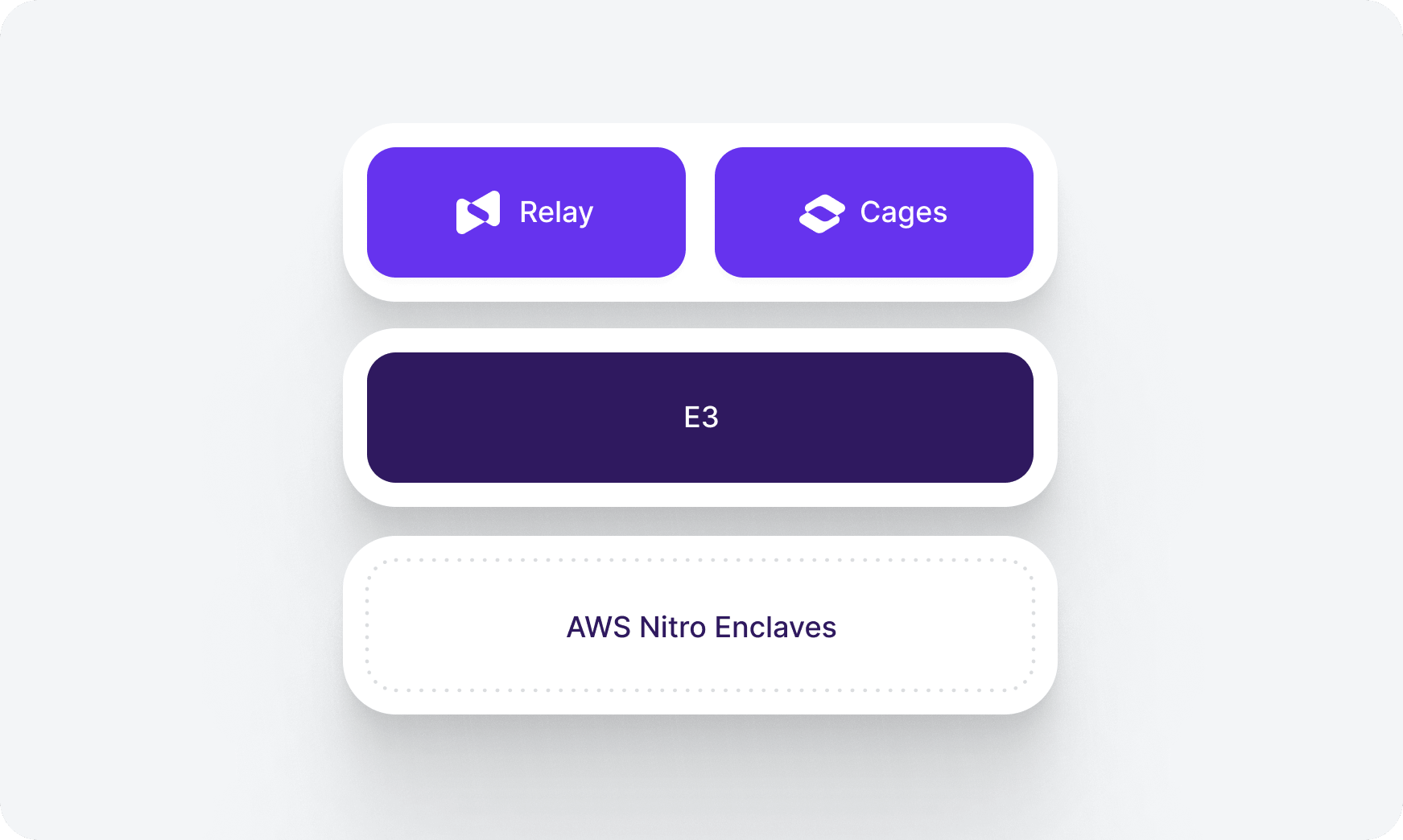 Relay and Cages are live. Both are built on the Evervault Encryption Engine (E3).

E3 is a what all Evervault products and services will be built on, and is where all cryptographic operations will happen. E3 is built on AWS Nitro Enclaves — fully isolated, hardened, and highly constrained virtual machines that have no persistent storage, no interactive access, and no external networking.

Relay makes it easy for developers to automatically encrypt sensitive data at the field-level before it enters their app, and decrypt it as it leaves.

Cages are isolated serverless functions hosted on Evervault for processing the data encrypted with Relay.