Today, we have some very exciting news about the evolution of Evervault: we’ve rebranded. The rebrand comes with an entirely reworked website, as well as a new logo and a revised typography system.

With renewed plans to impact encryption on a larger scale, we wanted to create a strong and adaptable brand that aligned with our mission to encrypt the web.

Our old brand served us well. From the beginning, it was the face (literally) of the Evervault brand, which at the time constituted a handful of engineers and an encryption manifesto. This early cohort built the Evervault Encryption Engine (E3): the technology which enables all of Evervault’s encryption operations. It was E3 that would underpin subsequent customer-facing product releases like Relay (Encryption Proxy) and Cages (Encrypted Serverless Functions), empowering Evervault customers to encrypt and process data from within their own infrastructure.

The launch of Relay and Cages attracted a diverse group of customers, each of whom needed encryption tooling for different reasons. Some processed cardholder data and needed the PCI compliance that Evervault afforded, others simply weren’t willing to compromise user data:

Teaming up with Evervault is as clear a statement we could possibly make to the communities we power. We do not compromise on our customers’ privacy or the security of our data systems. — Bobby Healy, Manna Aero

For some customers, however, we noticed the Evervault tooling was fundamental to the core business offering. This observation unearthed a second order effect that we hadn’t considered: we too could use our own technology to build standalone encryption-centric products. This understanding led to the induction of the Evervault Encryption Lab, a function where we build and launch products and experiments which rely on E3 at their core. The first experiment that emerged from the Lab was 12:18:24, a consumer service for encrypting wallet seed phrases.

In short, the Evervault brand stands for more now than it did when we first started. It's representative of a larger mission: one where we build the tools and use the tools. The new identity is a future-proofed standard which will represent Evervault as we expand our team, product offering and customer base in the coming years. 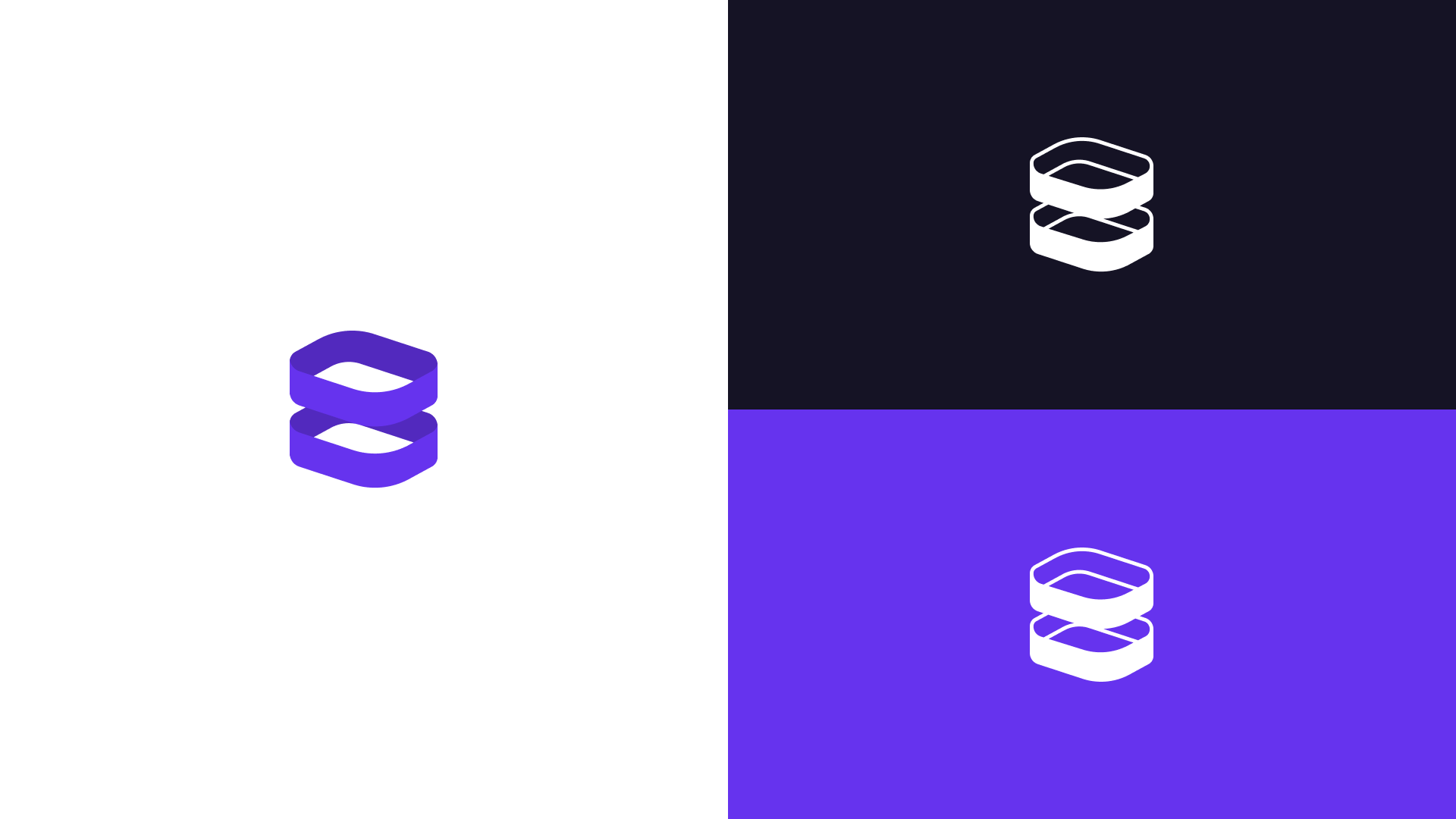 The new Evervault logo on white, dark and coloured backgrounds

While developing the new brand, we wanted to ensure that the artwork was representative of the work we do at Evervault. We initially sought to visually represent the transformation of data between it’s plaintext and encrypted states; this concept is visible in versions 1 through 6 below. On account of looking too much like an airline brand, however, we changed direction. The icon that was ultimately selected was the double loop in version 8 below: an abstract ‘E’ which represents the additional layers of security provided by encryption. The symbol comes in two modes, a filled version for lighter backgrounds, and the outlined equivalent for darker backgrounds; you’ll find both in use throughout the website.

We also refreshed the Evervault typography system. The primary addition was Roobert, a sans-serif font from the Displaay Font Type Foundry; it’s a geometric typeface which meshed well with our brand and industry. For functional elements of the product, such as our documentation and app, Roobert is paired with Inter to aid legibility. 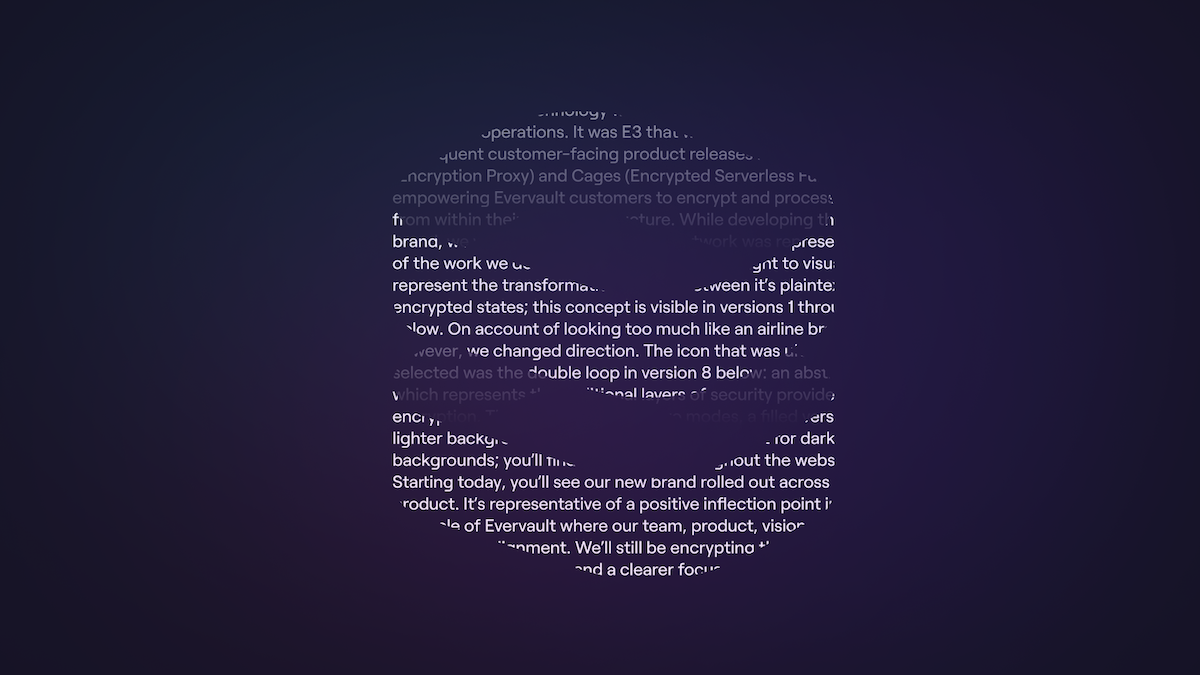 Starting today, you’ll see our new brand rolled out across our product. It’s representative of a positive inflection point in the life cycle of Evervault where our team, product, vision and brand are in alignment. We’ll still be encrypting the web, but with increased velocity and a clearer focus.

We are incredibly grateful for your continued support. There are many more milestones to come and we invite you to join us on this journey. If you’re a developer who wants to encrypt data, you can integrate Evervault now. If you’d rather join us in building tools like E3, Relay and Cages, we’re hiring.