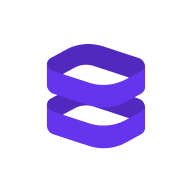 “We think it’s embarrassing for technology that not a week goes by without a data breach,” said Shane Curran, Evervault founder / CEO. “This round will certainly accelerate our goal to reduce the number of plaintext data breaches to zero, and help developers encrypt everything everywhere.”

“Encryption is the most important tool developers have to prevent data breaches, ” said Erin Price-Wright from Index Ventures. “We’re excited to partner with Evervault early as they build the encryption infrastructure developers need to protect their users and their businesses.”

Evervault is a technology company based in Dublin, Ireland building the encryption engine for the web.

Index is a London and San Francisco-based international venture capital firm that helps the most ambitious entrepreneurs turn bold ideas into global businesses.

Index-backed companies that are reshaping the world around us include Datadog, Elastic and Slack.